Lord of the Manor Trophy 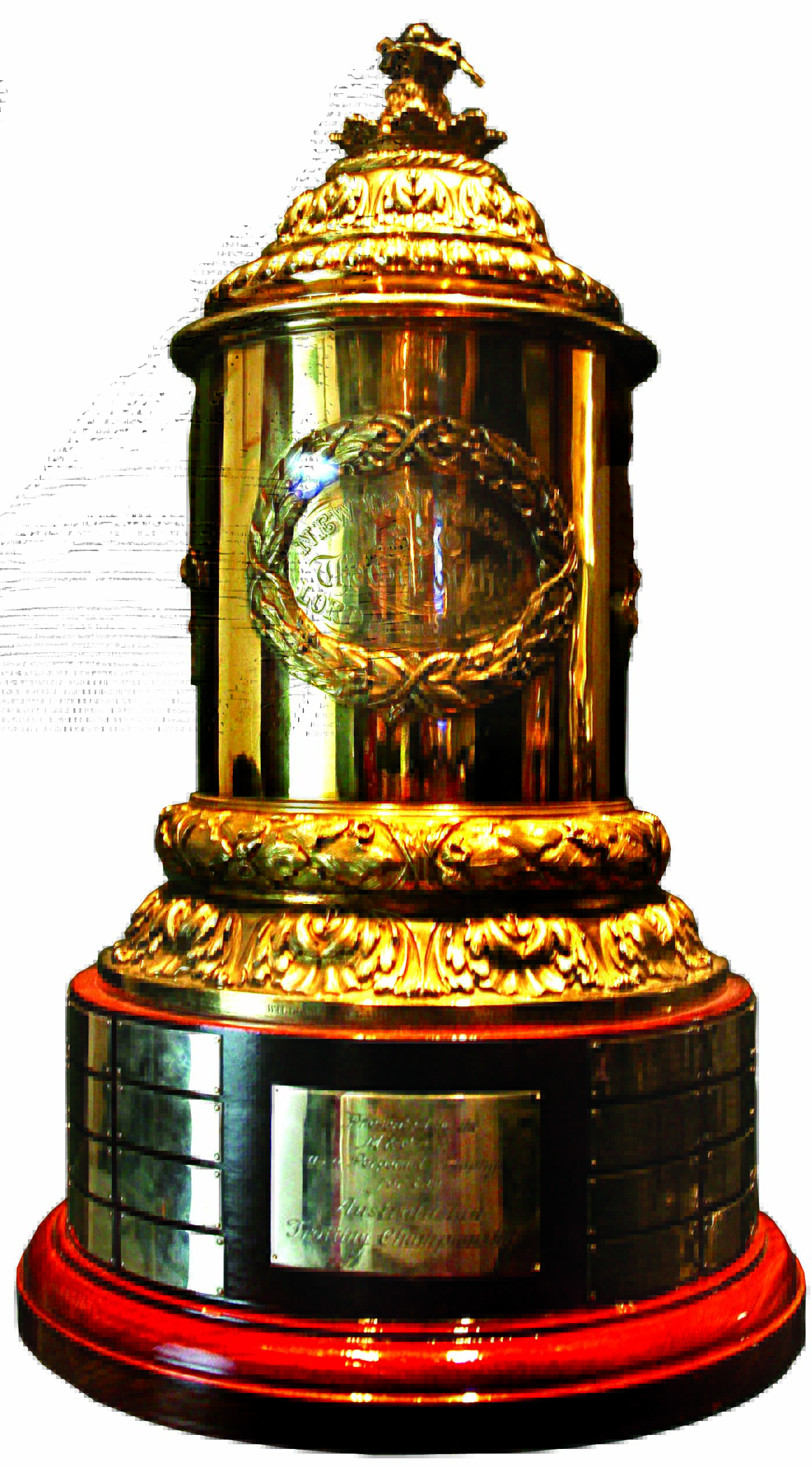 The Metropolitan and Country Harness Racing Association (MACHRA) have been a much respected organisation of our industry and have kindly requested for the VHRC to be the custodians of the Lord of the Manor Trophy into the future. VHRC will ensure that there is an annual race run in MACHRA's name each year and that the Lord of the Manor trophy is presented as the perpetual trophy for the Great Southern Star, the premier trotting race in Victoria each year. We wish to thank MACHRA for all their great work over a very long period of time. The efforts of their Committee have been much respected and appreciated and we’re honoured to continue to acknowledge their tradition.

History of the Lord of the Manor Trophy

The Lord of the Manor is the perpetual trophy for Victoria’s prized annual trotting feature – the Australasian Trotting Championship.

As the time-honoured feature is not conducted each year, it was decided in 2004 that this priceless trophy would also document the Melbourne winners of the Inter Dominion Trotting Championship in its alternate years.

The Lord of the Manor is superbly crafted with the body of the cup representing the sturdy trunk of the mighty oak tree adorned with leaves and acorns. The lip is capped with a ram’s head holding a small oak tree in its mouth.

The Cup was first presented at Newtown races, Lancashire, England on 5 June 1850. It was won outright by “Mr J.C. Johnston’s Duxbury ridden by Wells”.

Newton races which were run on Newton Common owned by Lord Newton, ceased in 1898. Later that year the Haydock Park Racecourse Company was founded and the company leased 125 acres of parkland for Lord Newton.

Lord Newton died about the turn of the century but the Newton Cup, first run in 1907 on Newton Common, is still run at Haydock Park in July each year and it’s still interesting to note that a trophy which is put on display on the day of the race is apparently identical to the one now in Australia which bears the inscription “Newton Races, 1850. The Gift of the Lord of the Manor”.

An entry in the 1850 English Racing Calendar read: “The Gold Cup, value 100 sovereigns; gift of the Lord of the Manor, added to the Handicap Sweepstakes of sovereigns…”.

How the Cup found it’s way to Australia is not certain, however, it was found in a Brisbane second-hand shop and bought by the secretary of the Brisbane Trotting Club. A clipping from a 1949 Brisbane newspaper reported that “Peter (by Steele Glove from Seal Globe) won the century-old, gold-plated Newton Cup at Brisbane Trotting Club’s meeting at Kedron”.

Former TCB member Cr Ray Heath subsequently purchased the cup for the Metropolitan & Country Harness Racing Association of Victoria. In 1963, the M&CHRA donated the cup as a perpetual trophy for the Australasian Trotting Championship and in 1964 the champion mare Gramel became the first of an exclusive list of horses to earn a nameplate on the plinth of the cup.

Harness Racing Victoria thank the Metropolitan & Country Harness Racing Association for their continued support throughout the use of the Lord of The Manor.