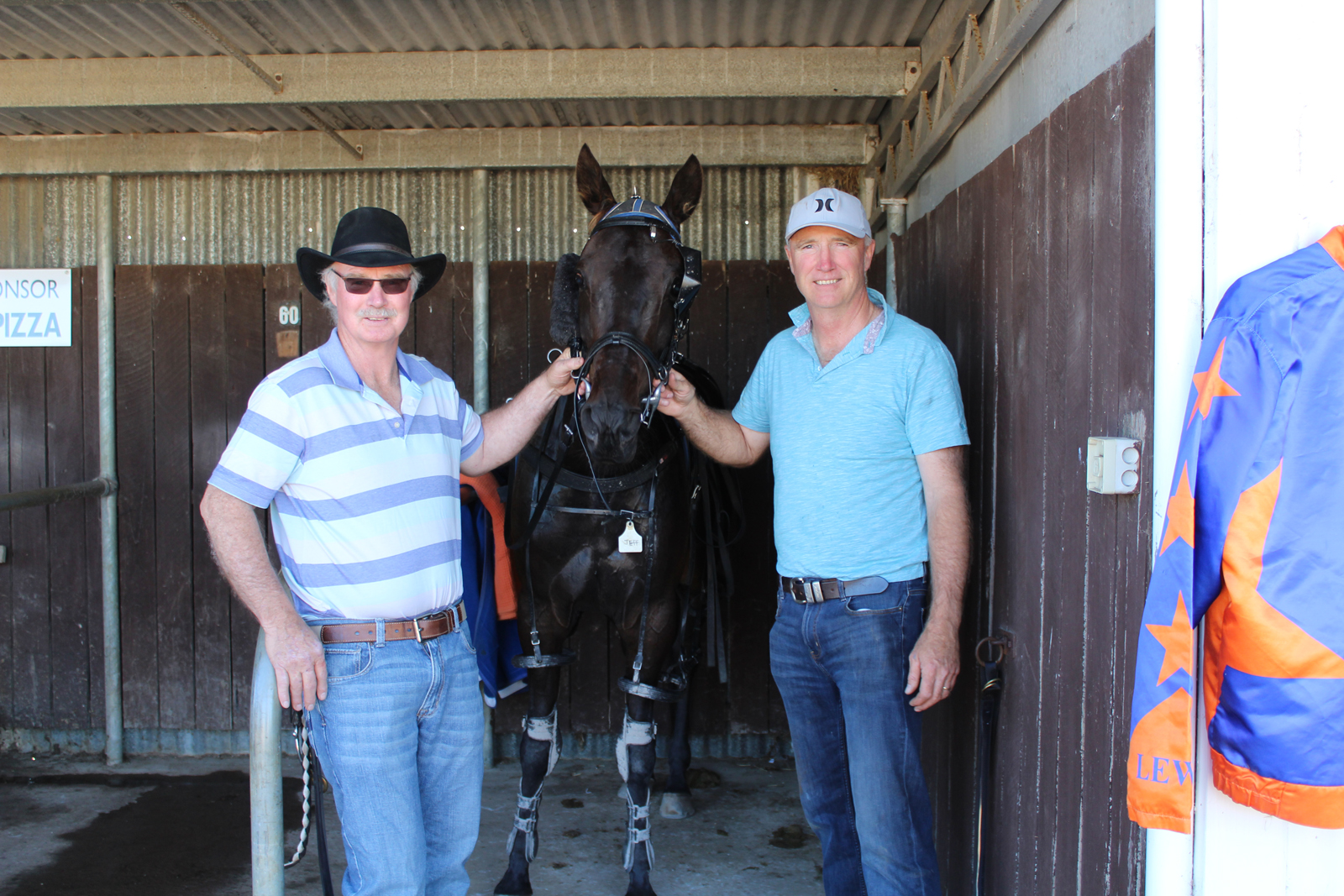 The response has been outstanding of late with a plethora of participants joining the scheme.

A host of owners M Barker, C Spark, J Doyle-Venes, T Sinclair, R Mann and G Davie would have celebrated in style following the victory of handy 8Y0 Courage Under Fire-Mesmerizing gelding Madeeba in the Check Out The VHRC Website www.vhrc.org.au Pace over 2160 metres.

Trained by Kelvin Barker and driven by Ryan Sanderson, Madeeba despite racing exposed after starting inside the second line gave his rivals the slip well before the home turn to score by 1.8 metres over She Will Wantano which followed him all the way in a mile rate of 1-58.8. Breathe Easy was third 5.3 metres back after trailing the weakening pacemaker.

Five year old Rock N Roll Heaven-Nightoffire gelding Mynameisjeff bred and raced by David Lewis,Terry Lewis and Wayne Krause was victorious in the long time featured Alexandra House / APG – APTS Border Cup Final over 1660 metres. Trained by David in Hamilton, Mynameisjeff with Mattie Craven in the sulky settled well back in the field from gate two on the second line as Comin In Hot led from the pole. Going forward three wide in the last lap on the back of Bayside Victory ahead of him, Mynameisjeff dashed away in the straight to record an easy 12.6 metre margin from Bayside Victory and Comin In Hot which held down third 1.9 metres away. The mile rate 1-57.

Further members of the Craven dynasty Marg Lee, Jason Lee and Glen Craven were also winners at Hamilton with both Jilliby Adore and Jilliby Lorenzo winning their respective races.

Jilliby Adore, a home bred 4Y0 Roll With Joe-Jilliby Kate mare trained by Marg and driven by Jason starting inside the second line ran home strongly from mid-field to record a 2.7 metre margin in advance of They Wantano which raced wide from the bell, with Larajay Macray running her usual honest race for third 2.7 metres away off a mid-field trip. The mile rate a slick 1-53.8.

Six year old Roll With Joe-Major Revival gelding Jilliby Lorenzo also trained by Marg but driven by nephew Glen Craven is a very smart horse which ran home stylishly from well back in the field to register a 1.9 metre margin over Steel Screens which followed him home. Ona Highway To Hell which trailed the weakening leader Nancys Boy was third 1.9 metres back after being held up slightly. The mile rate 1-53.

Adelaide based AB & T Cormack Racing Pty Ltd  landed the 2160 metre Join The VHRC ‘The Heart Of Harness Racing’ Pace with 5Y0 Art Major-East West Star gelding Demonstrator. Trained by Peter Manning and driven by son-in-law Grant Campbell, Demonstrator at TAB odds of $28.10 led throughout over 2160 metres to greet the judge a metre clear of Caesarion (three back the markers) and Areuohkay who was third 7.1 metres back after trailing the winner. The mile rate 1-59.9.

With son-in-law Grant Campbell in the bike, 5Y0 Art Major-East West Star gelding Demonstrator led throughout over 2160 metres to greet the judge a metre clear of Caesarion (three back the markers) and Areuohkay who was third 7.1 metres back after trailing the winner. The mile rate 1-59.9.

* The Cormack family race many horses in both South Australia and Victoria and are always elated whenever they have a winner, especially in the VHRC bonus races.

Despite racing parked over 2160 metres, 6Y0 Allawart Ray-Chantivari gelding Show Me The Moolah (Tim McLean) just lasted to prevail by a nose from Jack Of The Green which trailed the weakening leader Dream Over moving wide in the straight. Mielicki (three back the markers) used the sprint lane when eventually clear for third 1.4 metres back. The mile rate 2-03.7.

Driven by Ballarat’s Connor Clarke, Stingray Tara, a Kiwi bred Bettors Delight-Tara Gold gelding was outstanding, running home at a great rate from a mile back over 260 metres to register a 1.1 metre margin from Keayang Silvagni (one/three) and Julius Shadow (one/one) who was 2.8 metres back in third place. The mile rate 1-56.7.